If you want to train Jiu-Jitsu in Indianapolis, check out
Indiana Brazilian Jiu-Jitsu Academy.

Take a look at his “SuperFight” from the Kozen Fighter Tournament, against Wellington “Megaton” Dias Black Belt, Micheal Graber:

Not only did Professor James Compete and win against an experienced Jiu-Jitsu Black Belt, but Coach Mat Stratta placed 2nd in the Brown Belt division! This was Coach Stratta’s first tournament in 4 years. He lost to one of the most active competitors in the US, in Tyler Bishop from Gracie Humaita.

Indiana Brazilian Jiu-Jitsu Academy is the Top Indianapolis Jiu-Jitsu Team, winning the Extreme Grappling Open‘s TEAM OF THE YEAR in both Gi (uniform) and No-Gi (without uniform) 5 years in a row! 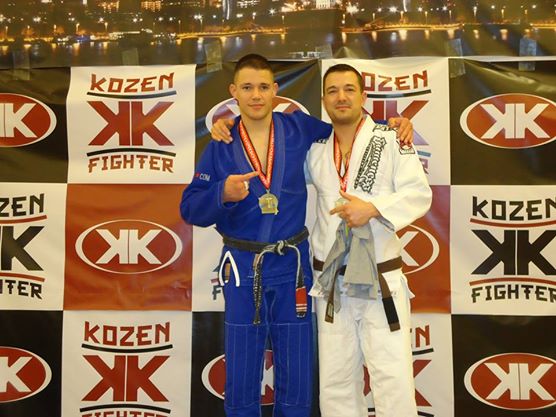