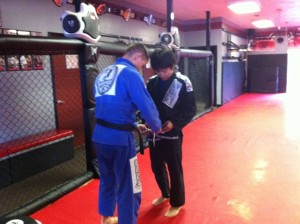 On May 12th, we did a few Jiu Jitsu Promotions at the Greenwood IBJJA!

In addition to the stripes, Master Coach James awarded two Blue Belts and a Purple Belt!

A congratulations goes out to Aaron Gold and Ambrose Adams on their Blue Belts and to Darrell “Bulldog” Smith on his Purple Belt!  All are well deserved!

To work towards your goal of being a Brazilian Jiu Jitsu Black belt, go to www.FightHubHQ.com to find out how to get started today! 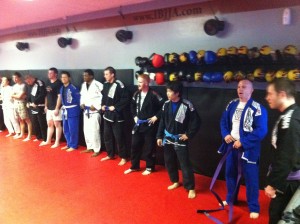 I’m sure there are a lot more Jiu Jitsu Promotions at the Greenwood IBJJA in the near future, make sure that you aren’t missing out!